Fill your cup from above

Fill your cup from above

You come from the stars and you constantly receive starlight and sunlight, if you’re open to allow it. You’re held and nourished by the substance that has created the worlds. Now more than ever, fill your cup from above to elevate your vibrations and hold the space for others, willing to step into the New Earth.

Empty your cup from old conditioning, limiting beliefs and emotional attachments. Work on your blind spots in order to release the fear and suffering that otherwise, will drain your energy, as it resonates with the dense collective energy field. The more you clear yourself, the more you clear the world like crystal clear water. Spend time in nature to go back to your true nature, meditate, dance, imagine, flow with your heart’s desires. Once you’ve filled your sacred vessel from above you’re ready to make choices and take inspired action that comes from your inner truth.

A message for Starseeds (Mintakans)

A message for Starseeds (Mintakans)

Starseeds – and Mintakans in particular – can sometimes feel off the path and lose their connection, when they forget that we’ve chosen to be here to EXPERIMENT life. Not to get things done, settle or fix ourselves or others. We have come here to PUT OUR HANDS IN THE CLAY and PLAY with it.

We have not come here because “we have to find our path” but to say YES to the path we’re already on: that is our path. You are your path. We are not meant to be anywhere else than where we’re right now. What if by saying YES to your path, it finally takes SHAPE?

YES to where you are (emotionally, mentally, spiritually and physically)YES to your desires, YES to not knowing what’s next, YES to uncertainty, YES to what makes you feel good: joy, fulfilment, wonder, freedom, love, appreciation, well-being … You cannot know everything now otherwise, you could have stayed in the Non-Physical dimension where we do not have the benefit of SURPRISE, as we have here on Earth, because we know everything. We decided to come here to practice TRUST and ALIGNMENT no matter what.

We’re meant to experience the full range of emotions as they are our guidance system to go back to a state of harmony. We’re not meant to only experience harmony, since we can better understand harmony after experiencing chaos. Consider yourself as a scientist in the LAB OF LIFE.

Just FEEL that where you’re now is the PERFECT PLATFORM FOR WHERE YOU WANT TO BE. And you’re meant to be more than you’re now since EXPANSION is the very nature of this Universe and you’re a SPIRAL DANCING IN THE BIGGER SPIRAL OF LIFE, IN AN ETERNAL DANCE OF CONSCIOUSNESS AND BECOMING.

Mintaka is a star in Orion’s belt and it is known as the Water Planet. I am a Starseed from Mintaka and I am a natural uplifter and life enthusiast like many other Mintakan’s Starseed, that have come here on Earth to spread love and light during this time of great transformation and Ascension.

Mintaka has a very high vibration of unconditional love and is like a Paradise. We cannot go back there and that’s why Mintakans have a deep longing for home and easily become nesters: they enjoy decorating their earthly homes since they miss their spiritual one. They also love to work from home (I do:-)
Mintakans are very attracted by the stars: as a child, I remember drawing the Universe with its galaxies, stars and me on the moon. It was my favorite theme to draw and it felt like my true home.

Crystal clear water is very present in Mintakan’s lives since they hold a deep memory of it. Mintaka was covered by crystal clear water and it was very healing. I ‘m so happy when I can immerse myself in crystal clear waters and I enjoy a footbath every night.
Mintakans are very curious and they are life long learners: they enjoy never-ending discoveries that lead to new ones and so on.
I feel a lot of Star Light coming to me and it is a beautiful gift to receive.
I get emotional when I acknowledge that our bright star no longer is, but the memory of the unconditional love and the beauty and harmony that was there is very alive within me and it allows me to shine my Light and inspire others to do so too.
My purpose here on Earth is to co-create a Paradise of joy, love, and freedom so that we can live a happy and fulfilled life.

The authentic meaning of Christmas

The authentic meaning of Christmas

The more mystical and authentic meaning of Christmas is to remember that you are the author of your life, through one of the greatest existing metaphors, birth. New thought philosophers – including Neville Goddard- explain that Jesus’ birth symbolizes the “I am” principle, the intrinsic ability that each human has to co-create. You are here to create, although sometimes, more than a creator, you can feel a victim of circumstances. This is indeed the greatest challenge for all of us, especially in the darkest moments where it’s easier to get carried away by hopelessness or laziness and “follow” instead of “create”.For this reason, we celebrate the darkest moment of the year with the light, because we know that inevitably after the night – however long it may be- light will always follow.

This is our biggest wish to you for the holidays and the new year. It is also a special time astronomically: it is not by chance the 25th of December, nor its proximity to the Solstice. This year among other things, the Solstice coincides with the full moon: a real energy portal to live to the fullest with new intentions, meditations, and celebrations.

Personally, I love this time of the year for its special energy and potential. I don’t love obliged presents, but I do love the symbolic exchange of simple gifts which represents the essence of Christmas: the promise of the coming light. What I love about this period is going inside of me and in the skies of the infinite possibilities – thanks to the particular constellation of the days leading up to Christmas – especially from Solstice till the beginning of the year. 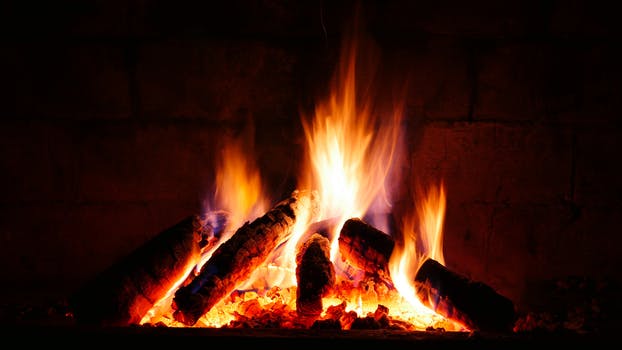 It is a time for reflection, letting go, appreciating who I am and what I have realized, writing new intents and, most of all, meditating in front of the fire (when I am not in the southern hemisphere, where I swim in the ocean because it’s summer Solstice). I love feeling the fire inside of me and feel where it leads me, the insights that give to me to follow in the new year …
I have already received a fantastic Christmas present from my sister Stefania, who after watching the movie “Bohemian Rhapsody”, told me that I absolutely had to watch it too. She invited me to go (I said that I’d take it as her Christmas present). That day, December 8th (special number for me and Lorenzo), there was a magical synchronicity of events and my father who never goes to the cinema, came with us. We met at the beautiful art nouveau Theatre Odeon in Florence and as is often the case when I immerse myself in biographies, I came out very inspired.
Bohemian Rhapsody is the movie that tells the story of the Queen band and especially of Freddy Mercury. It’s the story of someone so in touch with his truth, which already acted like a star when it wasn’t yet! A person who has lived his life with such intensity and passion, to enchant with its explosive charge and its delicacy at the same time.Queen’s songs have made the setting for a summer spent in Corsica as a teenager with my family in the early 90s. I remember that “Radio Gaga”, “The Miracle”, “Under pressure”, the same “Bohemian Rhapsody” and many others, were always with us. What particularly excites me is “The show must go on” which I regard as a masterpiece in describing the transition – from a human point of view – from the physical to the nonphysical.
Thank you Stefania for the beautiful Christmas gift that you gave me: you know that for me inspiration is the most precious gift …
Your gift has rekindled the sacred fire within me, the desire to live and be even more in touch with my creativity and innovative spirit! 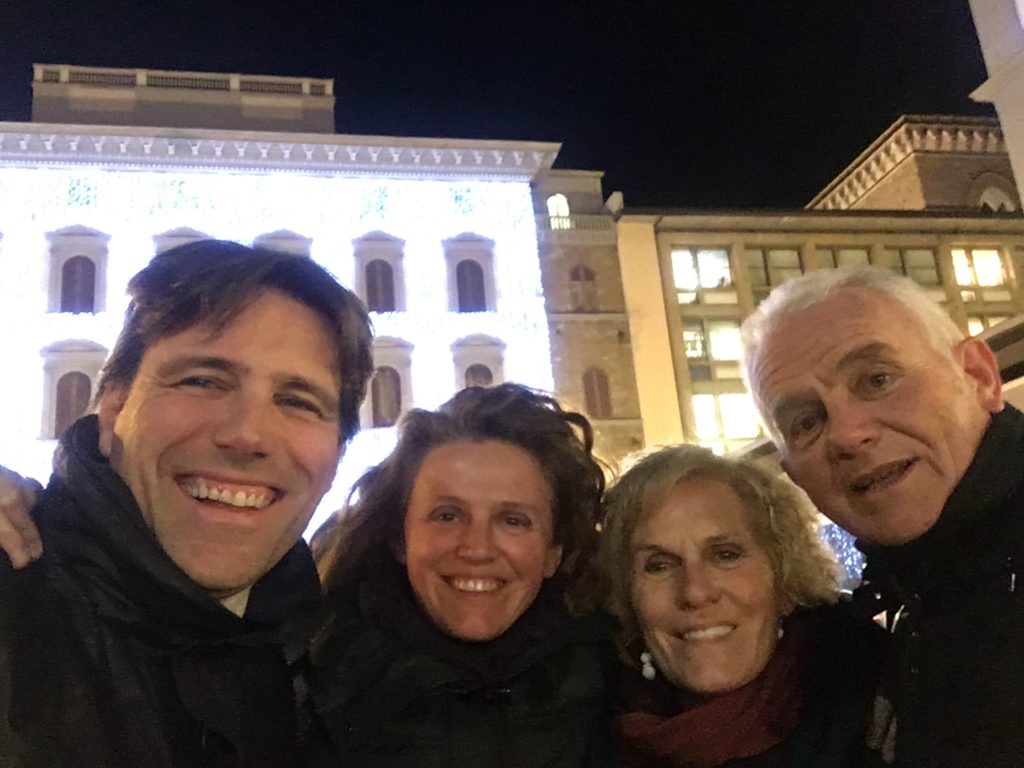 We wanted to capture that special moment when we just emerged from the life of a band that made history- and also our individual and family history – with this photo along the bright streets of Florence …
We wish a bright Christmas to you and your loved ones, 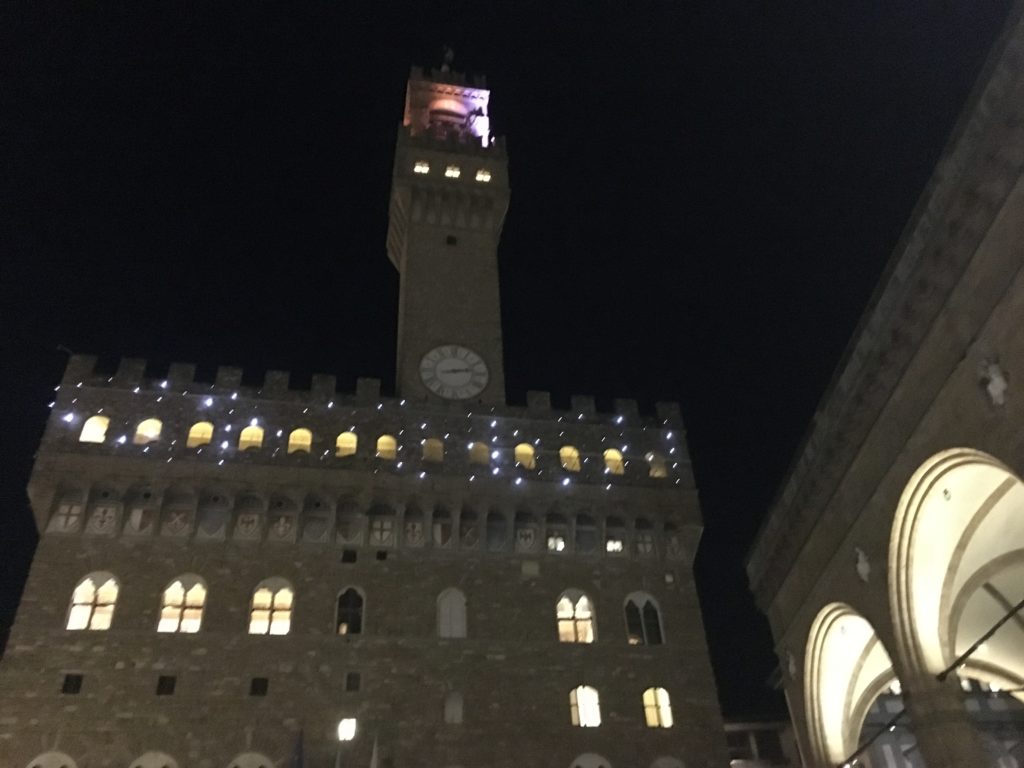 Dance the Flow of Life

Dance the Flow of Life

You are in the Flow of Life when you breathe with ease and offer your attention to it.

You are in the Flow when you quite your mind and listen to the silence within.

You are in the Flow when you dance your own dance.

You are in the Flow when you let your inner colors, coloring your vision!

When you are connected to who you really are, your Light shines. How you know that you’re connected?
When your eyes -and your whole body- emanate Light.

When you are not connected, you experience negative emotions: they could be your biggest gift, since they help you to be more focused and clear. Negative emotions always offer you the possibility to better understand what you want, and the good news is that you don’t have to carry them around any longer: when you realize this, they have already served your purpose. Just acknowledge them and let them go: you’ll feel like you’ve been blessed with a new beginning.

When you experience and let go of negative emotions, you come a step closer to the Light within. Remember that sometimes you need to experience darkness in order to remember and appreciate Light even more.
It is a beautiful dance and some call it … LIFE!
Life is an eternal journey toward Light, Love, Joy, Freedom, Inspiration …